There is no live auction(s) for now.

* Please refresh your browser to see the updated timer. *

I’ll be right back 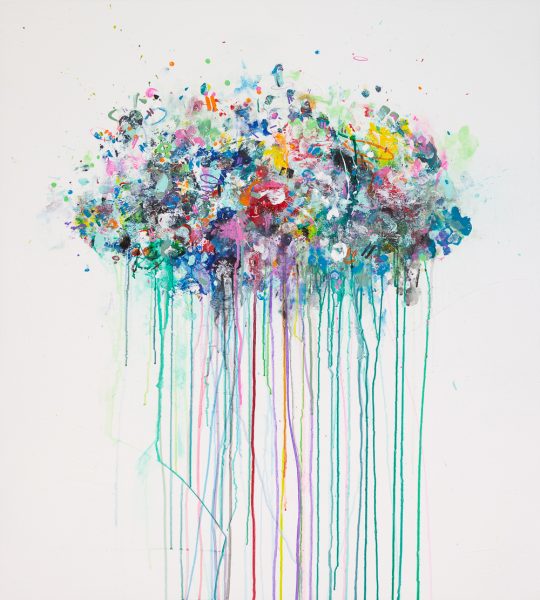 It’s well worth the wait 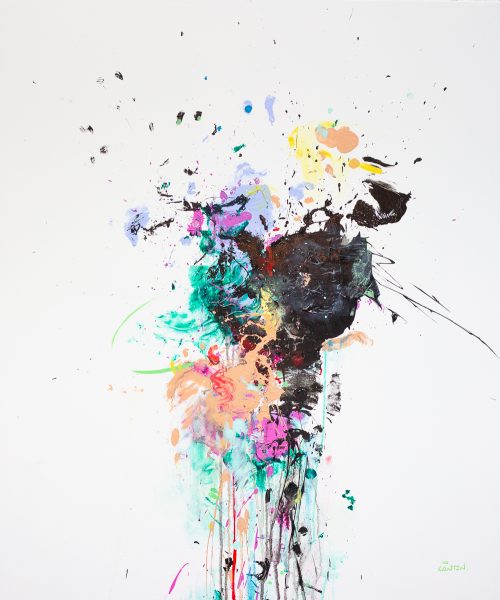 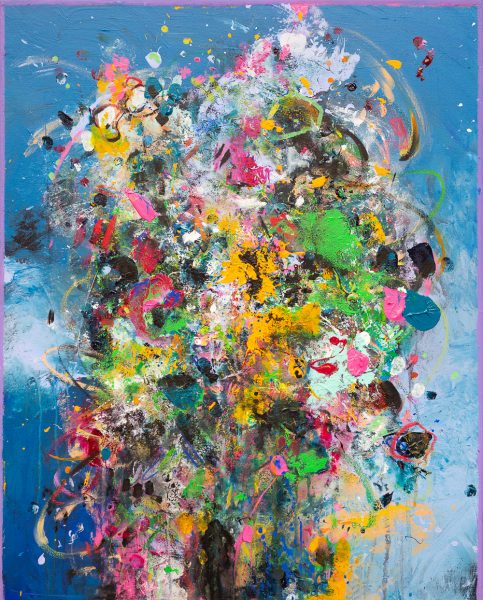 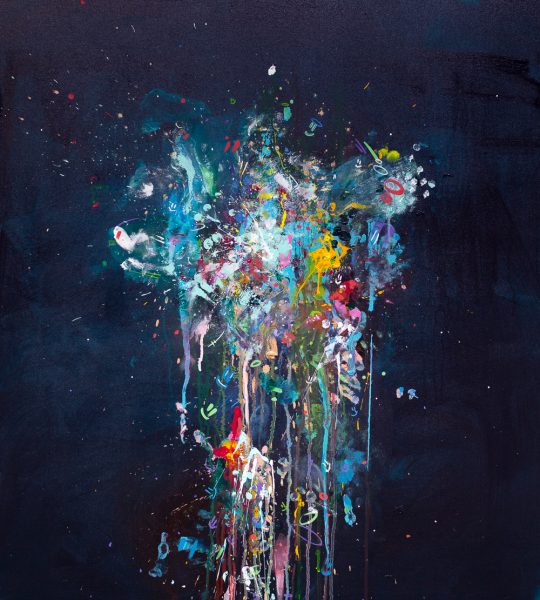 I can rely on 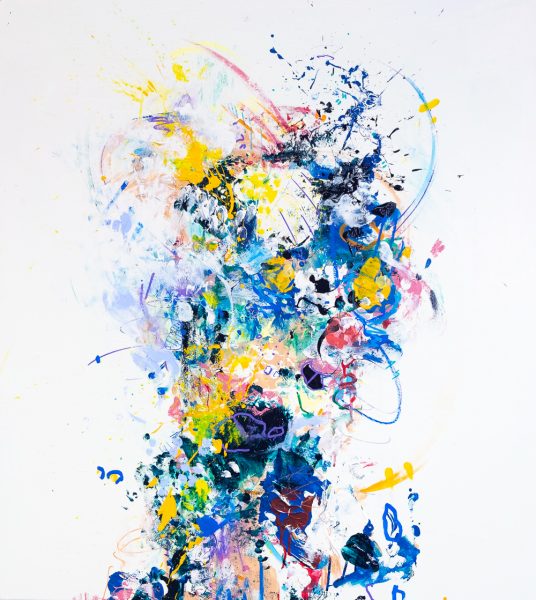 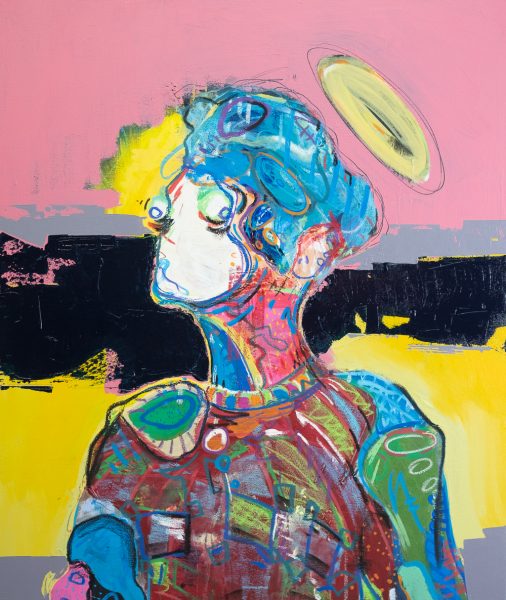 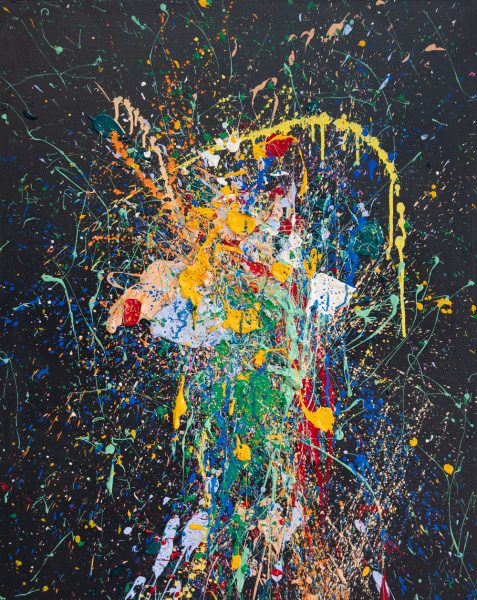 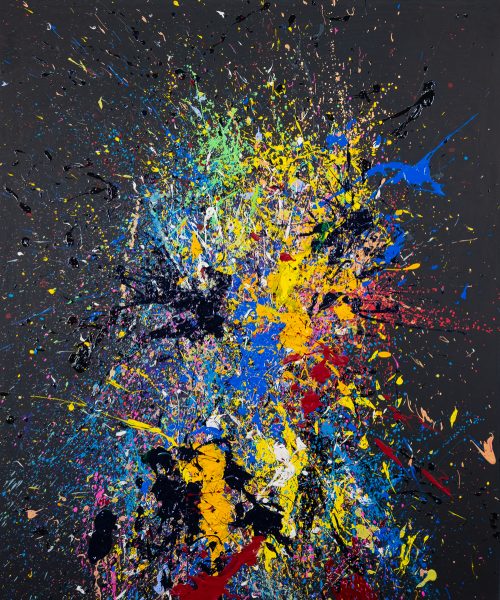 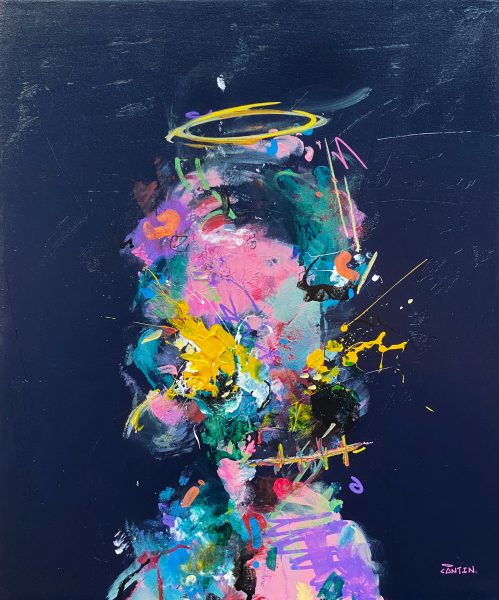 To the moon and back Patrice (Pat) Cantin was born in Jonquière on November 27, 1978. A graduate in photography and painting from the CÉGEP de Jonquière, he studied visual and media arts at the University of Quebec in Chicoutimi, then at the University of Quebec in Montreal, where he earned his bachelor’s degree. He explores the interdisciplinary aspect of painting and performance, as well as painting and music.
At a very young age, Cantin remembers that he drew … Everywhere. “I drew: in my locker at school, my notebooks, my diaries, my skateboards.” An object once drawn is no longer just an object but its creation. Cantin could have had a career as a graffiti artist, but his interests, many, took him elsewhere.

His creative process was born in two stages. The idea of painting comes first from a composition and a color. Composition, especially for his abstract works, is often the sum of ideas accumulated over time. “I don’t take notes. The shapes, the moods, the colors, the contrasts are superimposed in my head. The material, on the other hand, often stems from previous work on the canvas. There may be several overlays at the beginning of a painting. But it is the movement of matter that determines the rest of the work, the result of which is never predetermined.

“I love everything about creation. I have so many projects to carry out, it’s an obligation to get up in the morning: I have to create. »